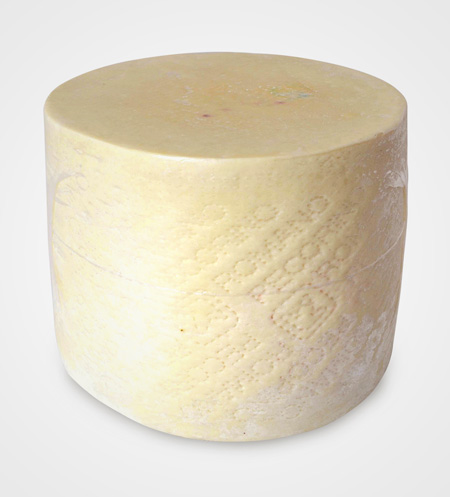 PECORINO SARDO:
Semi-hard cheese made from sheep’s milk, exclusively in Sardinia, in the two types Dolce and Mature.
The sweet type was matured in 20/60 days while for Matured Pecorino curing time is over 2 months. Both are cylindrical shape with flat faces. Pecorino Sardo Dolc
e has a smooth crust, white, soft, and the pasta with rare holes, has a sweet and slightly sour and is appreciated as a table cheese.
While the Sardinian matured Pecorino has a crust that is higher from pale yellow or darker, the paste has a certain crumb and the taste is slightly spicy enough to make appreciable both table that grating.

PECORINO ROMANO DOP:
Hard cheese made from sheep’s milk, it has the protected designation of origin since 1996, from Sardinia, Lazio and the province of Grosseto (Tuscany).